← Making It to the Sweaty Sixteen
Before My First Marathon: While I Still Have my Sanity →

Besides running, I am very passionate about music. I used to enjoy watching music award shows, but since the early 2000s, there’s been a definite decline in the quality of these endeavors. They’ve slowly become more of a popularity contest, I often disagree with the industry’s definition of “talent,” and there are well-trained elephants with more amusing performances than some of the atrocities that have aired on live TV.

But let’s not berate and criticize what we already know was wrong with the show. Instead, let’s focus on the valuable life lessons we can take with us and apply to our  looking-more normal-by-the-day average joe lives.

1. You are NOT allowed to have your nipple exposed but wearing a tiny seashell thong and seashell bra is perfectly acceptable because that is how she sells.

I think we broke the scale…

2. Apparently only official referees in sports games are allowed to call Personal Fouls and Bench a Player if they are violated with a Foam Finger.

3. I now finally understand SAT analogies. For example, “Oil is to Water as Harry Styles is to Taylor Swift”  or  “The iceberg is to the Titanic as Miley Cyrus is to the VMAs”

5. If N*SYNC and the Backstreet Boys would get together for one last reunion tour IT WOULD BE AWESOME. The tickets would sell faster than Beanie Babies in the 90s. The fans could then die happy and the boys could make some money, finally retire and be done with it all.

6. If you’re going to prance around wearing practically nothing and self-pleasuring yourself with a foam finger, you should at least warn your audience. That way the audience can either have some dollars on hand to throw or empty their show gift bags in preparation to barf.

And a sweater from Grandma…

7. People are better at lip reading than you think (if you don’t believe me, shut the front door up!)

8. Parents who are into banning books finally have something new and actually worth fighting against. While you were appalled your little Jimmy was reading an acclaimed classic because it used the “N” word, you failed to realize that the dreaded “N” word is in every song on little Jimmy’s Two Chainz album which he bought with the allowance money YOU gave him on the iPod YOU bought him just last Christmas. But when it comes down to it, it isn’t the language used to get the message across but the actual message itself that matters. And a LOT of the messages put out by songs are A LOT worse than just swearing at a slave in story about fighting for freedom.

9. If you can’t sing good, you better look good. Or have backup dancers that look good. I use this tactic frequently in racquetball. I can’t play good but I can at least look good. And that might distract someone just a second long enough to score a point.

10. We now have several images to add to the Kid’s Pictorial Dictionary to better illustrate the meaning of words like “classless,” “crazy,” and “WTF.”

11. I’m well aware of the grammar error in number 9. Also, I’m well aware this is the eleventh item in a top ten list. Clearly the awards show didn’t help me with my fuzzy English major math 🙂 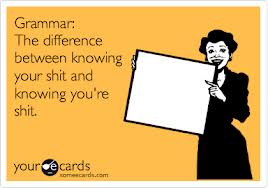 And it helps knowing how to properly insert your comma.

For more information, please refer to YouTube or the always amusing yet highly uninformative articles on the Yahoo! homepage. Yahoo! is notorious for having stories that say nothing, are poorly edited, and, in general, are just a waste of your time.

Yet thousands of other readers and I devour these stories everyday! The stories might be incoherent pieces of fluff, but they are incredibly entertaining pieces of fluff. And the comments, oh the comments, are the BEST. The art of the well-written, snarky one-liner will not die because of the astute readers of Yahoo! articles. Live Long and Comment On!

← Making It to the Sweaty Sixteen
Before My First Marathon: While I Still Have my Sanity →

I'm Too Stupid to Travel

A travel blog for those of us who get lost, stay lost, and make poor decisions throughout.